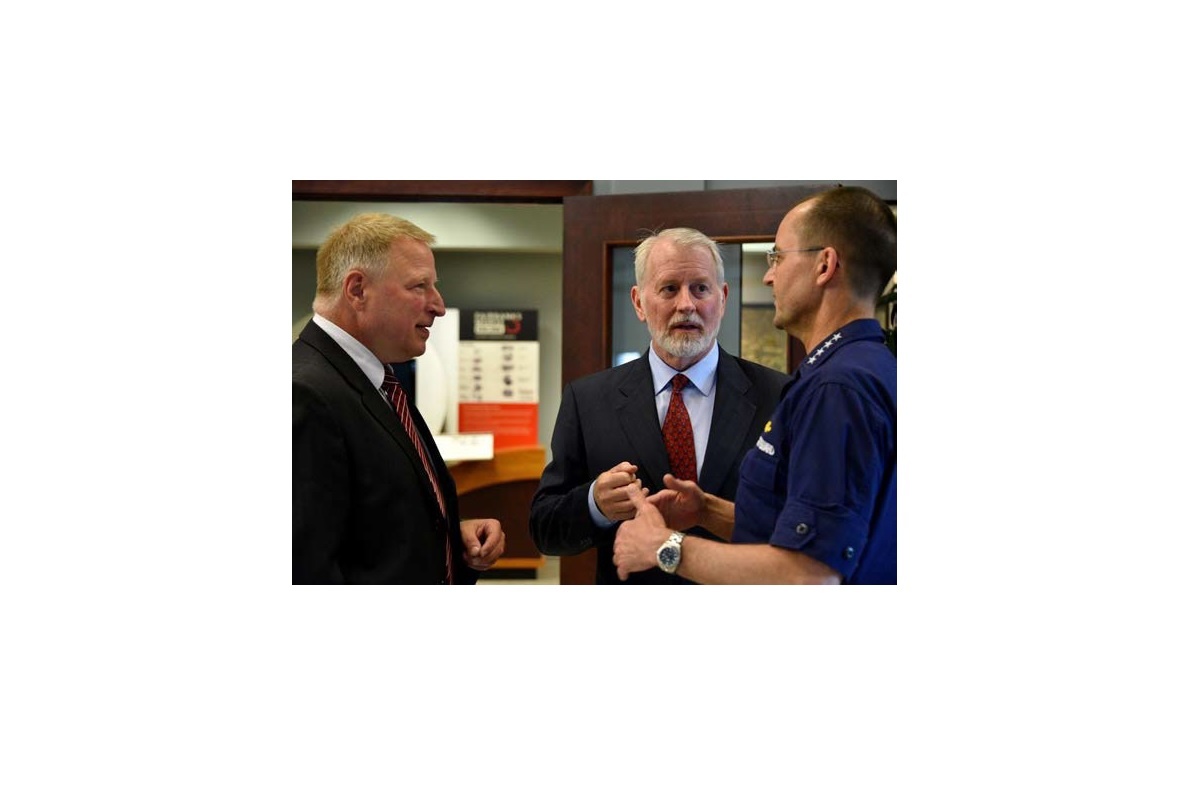 BELOIT, WI (June 27, 2017) – Last Wednesday, June 21st, Fairbanks Morse hosted USCG Vice Commandant, Admiral Charles Michel in Beloit, WI. The purpose of the visit was to brief Admiral Michel on the company and to show him the manufacturing line that will proudly be building the engines that will power the Coast Guard’s newly awarded Offshore Patrol Cutters (OPC) for decades to come. Admiral Michel is the highest ranking officer of the US Armed Forces to visit Fairbanks Morse in modern history.

Admiral Michel took a tour of the facilities and met with Fairbanks Morse employees. His tour included a briefing on the company’s strategy for growth as well as an update on Fairbanks Morse research and development efforts. The Trident OP™ is the next generation opposed-piston engine with class-leading fuel efficiency. The Trident OP is scheduled to be unveiled at Power-Gen International in December of 2017.

“We would like to express our sincere appreciation for the Vice Commandant to pay us this visit,” said Deepak Navnith, VP of Operations at Fairbanks Morse. “We are honored to have had the opportunity to host 30th Vice Commandant Admiral Charles Michel in our Beloit facility.”

Fairbanks Morse has a long and proud partnership with the US Coast Guard, having made the very successful and reliable Opposed-Piston engines on the 378’ Hugh Endurance Cutters (WMEC) and the 140’ Icebreaking Tugs (WTGB). The recently awarded OPC program is the first time in 30 years that Fairbanks Morse has sold a new engine into the Coast Guard.

Prior to this appointment, Admiral Michel served as the Deputy Commandant for Operations, responsible for establishing and providing operational strategy, policy, guidance and resources to meet national priorities for U.S. Coast Guard missions, programs and services.

EnPro Industries, Inc. is a leader in sealing products, metal polymer and filament wound bearings, components and service for reciprocating compressors, diesel and dual-fuel engines and other engineered products for use in critical applications by industries worldwide. For more information about EnPro, visit www.enproindustries.com