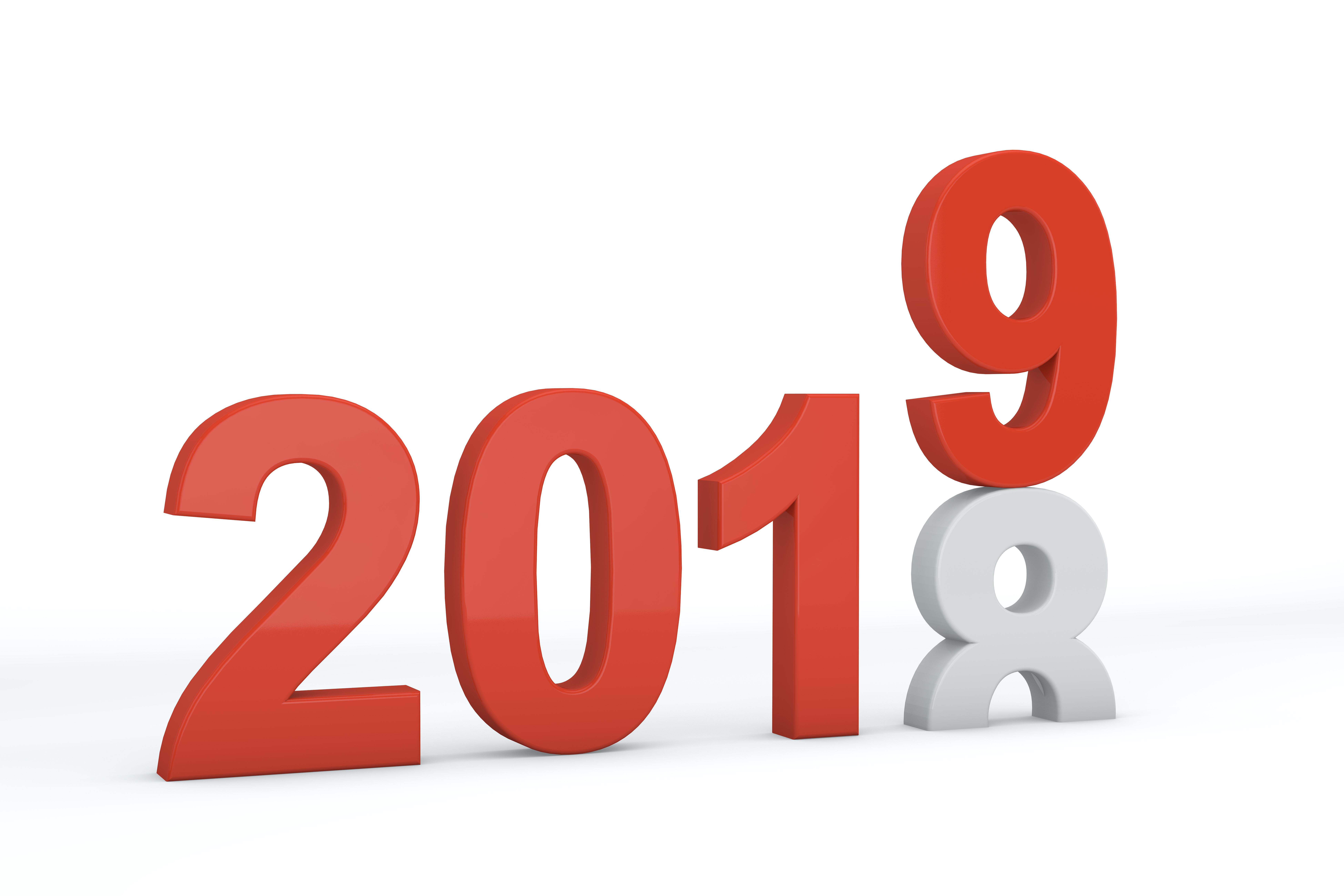 By any measure, 2018 was a really big year for Fairbanks Morse. From our first PoweReliability-as-a-Service™ installation to the new website launch and then the U.S. Navy naming a ship the USS Beloit in honor of our manufacturing center, this has been a year where we’ve truly Powered the World Forward. We cover some of the highlights below as we look back on this year’s success, but we’re also very focused on powering into 2019 with a full plate of expected wins.

Baldwin and USS Beloit: Wisconsin Senator Tammy Baldwin visited our Beloit manufacturing center early this year and announced her plan to introduce to Congress the Made in America Shipbuilding Act that supports Wisconsin’s manufacturing and shipbuilding industries and ensures more jobs for American workers.

Later in the year we were honored to learn that the U.S. Navy will be naming littoral combat ship (LCS) 29 the USS Beloit! Senator Baldwin personally advocated for naming LCS 29 after the City of Beloit to recognize the community’s longstanding commitment to Wisconsin’s maritime economy and our nation’s defense. It also honors Fairbanks Morse’s position as a crucial supplier to the Navy for over 80 years.

PRaaS Makes a Splash: FM introduced its PoweReliability-as-a-Service™ platform at POWER-GEN 2017 in Las Vegas. Just a few months later, we announced the delivery of our first PoweReliability-as-a-Service™ solution to a pharmaceutical firm in Puerto Rico with a dual fuel combined heat and power (CHP) microgrid that has approximately 10 megawatts of capacity. We documented the occasion with our #BringingBackThePower campaign that created a series of videos featuring local Puerto Rico residents discussing what life has been like without electricity and what it means on a personal level to have reliable power.

The Fairbanks Morse marketing team later attended the Power & Electricity World Africa conference in Johannesburg, South Africa, and introduced PoweReliability-as-a-Service™. This helped us validate market potential in parts of the continent for  reliable, affordable electricity. We again talked to local residents about the challenges they’ve faced with severe water shortages and persistent power outages and doubled our resolve to deliver reliable power where it is needed most.

At POWER-GEN 2018 in Orlando, we presented our vision for future resiliency in places like Puerto Rico, South Africa, and Brazil based on distributed energy resources and the PoweReliability-as-a-Service™ model.

FM | Powered Ships Keep Coming In: The Marine and Services wins started early in 2018 and kept coming throughout the year. In early January, we announced that FM had been awarded a contract to build and deliver the main propulsion diesel engines (MPDE) that will power LPD 29, the U.S. Navy’s thirteenth San Antonio landing platform dock (LPD) class ship. The U.S. Navy has redesigned the LPD ships and LPD 30 will be the first of the Flight II class. We are proud that four sequentially turbocharged 16-cylinder FM | Colt-Pielstick PC 2.5 diesel engines with common rail fuel injection will be its main propulsion diesel engines.

In the Spring, we announced one of the largest services contracts to the U.S. Navy in FM history. The $17.3 million contract with Military Sealift Command (MSC) covers all U.S.-based surface ships with Fairbanks Morse engines installed. The same day as the MSC services contract announcement, we also publicized that Fairbanks Morse had been awarded a contract to deliver eight FM | Colt-Pielstick diesel engines that will power four frigates for the Royal Saudi Navy. Each engine will be built at the Beloit manufacturing facility beginning in early 2019.

LPD 27 (powered by four sequentially turbocharged 16-cylinder FM | Colt-Pielstick PC 2.5 diesel engines) was officially commissioned as the USS Portland. That was followed by littoral combat ship (LCS) 11, which was commissioned as the USS Sioux City and is powered by two FM | Colt-Pielstick 16-cylinder PA6B STC diesel engines that will deliver over 12 MW of propulsion. LCS 13 will join it in early January 2019 as the USS Wichita.

Partnering for Success: FM enjoys some amazing partnerships and we had plenty of reason to celebrate them in 2018. We honored the 50-year anniversary of our partnership with MAN Energy Solutions – very appropriately – aboard the Battleship Wisconsin in Norfolk, Virginia. EnPro COO Marvin Riley, our gracious emcee Anita Blanton from WAVY TV 10 in Norfolk, Virginia, MAN CSO Wayne Jones, United States Congressman Bobby Scott, and FM President Deepak Navnith highlighted the list of VIPs that joined us on the Battleship Wisconsin to celebrate our 50-year anniversary with MAN Energy Solutions.

Our channel partner Jacobe Resources International in Sri Lanka - after a long (over a decade!) and hard-fought battle against copycat parts suppliers - won the business and trust of Sri Lanka Railways. This resulted in a major contract that was the result of perseverance, personal interaction with SLR executives, and the strong FM OEM story.

We just recently announced that we’d be working with Eastern Shipbuilding for the first time to deliver the MPDE for OPC 2. Eastern’s facility in Panama City was severely impacted by Hurricane Michael in October, so we again encourage donations to the official Go Fund Me account set up to assist their hardest hit employees.

Internal FM news/changes: Over the course of the year there were some major changes across our organization that were designed to align the company’s strategic vision beyond 2018. Deepak Navnith became president of Fairbanks Morse, replacing Marvin Riley. Riley served as president of Fairbanks Morse for six years and will continue in his role as chief operating officer of EnPro Industries. Deepak said, “I’m proud, honored, and humbled to have the opportunity to lead one of America’s truly great companies into its next 100 years and look forward to working with our amazing team to write the next chapter of the Fairbanks Morse story.”

FM announced a company-wide commitment to digital platforms that will have tremendous benefits for customers including extending asset life, increasing service responsiveness, and enabling the flexibility to incorporate multiple energy resources into a comprehensive platform. In conjunction, we unveiled our new company website and branding that more accurately conveys a modern, technology-focused company that is disrupting the future of power generation.

The goal was to create a powerful user experience and connect with a customer at every interaction, whether it is their first visit or they are returning for service, training, parts ordering, or life cycle support. The new website, incorporation of digital technologies, and innovative offerings, such as the PowerReliability-as-a-Service™ platform, all show how Fairbanks Morse is modernizing its business and moving to Power the World Forward.

We also conducted our first webinar and started a blog as part of our plan to deliver content that is informative, engaging, and hopefully even a little bit entertaining. The webinar was called Power Generation: Shifting Paradigms and it covered declining system costs, new business models, reliability concerns, and other drivers of the trend towards decentralization energy generation. With the blog we are regularly publishing stories that tell you about the great things FM employees are doing in the community, industry trends, product-specific best practices, customer service wins, company history, employee spotlights, and much more.

2018 has been an incredible year for Fairbanks Morse and we appreciate everyone who played a part in making it special from all of our dedicated employees to each of our highly valued partners and our very talented vendors. But as our motto says, we have to keep Powering the World Forward, so let’s hit the ground running in 2019 and make it our best year yet.