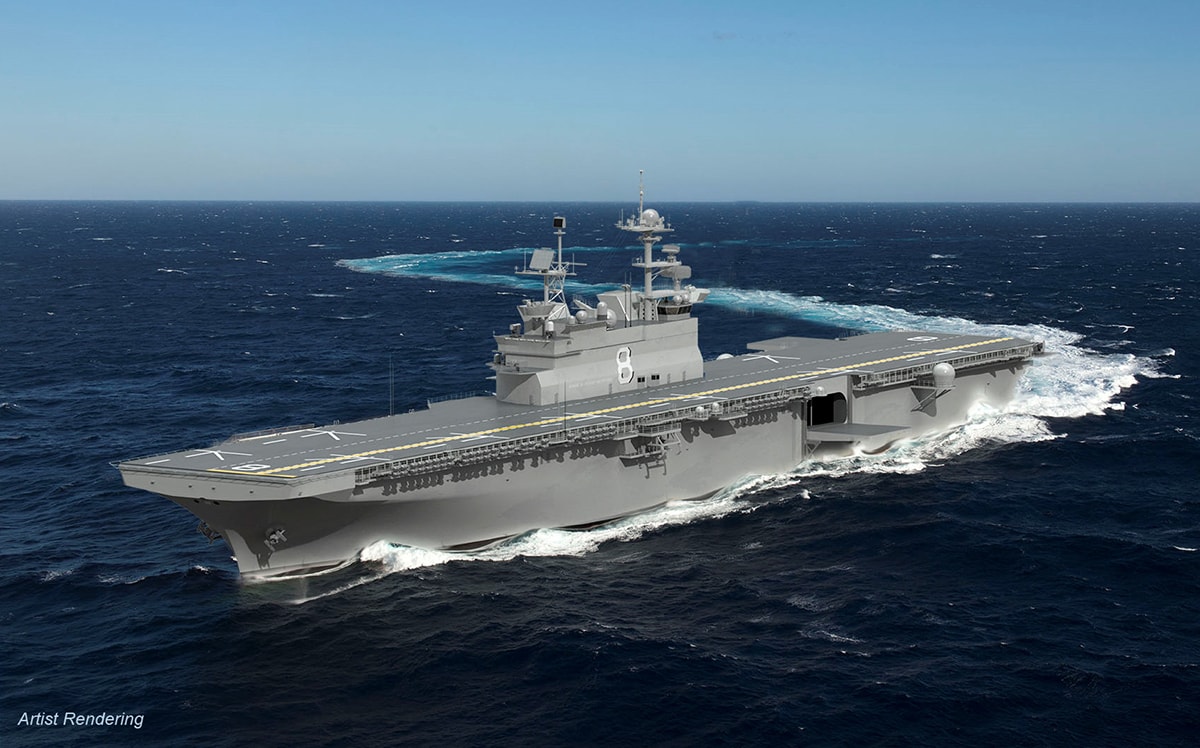 Construction of the generator sets will begin later this year. They are scheduled to be delivered to shipbuilder Huntington Ingalls Industries in Pascagoula, Miss., in 2019. The six generator sets, powered by 12-cylinder Colt-Pielstick PA6B diesel engines will deliver 24 MW of electrical power and are some of the largest medium speed diesel engines built in the United States. Fairbanks Morse also supplied SSDGs for power generation systems aboard two other ships in the America class – the USS America (LHA 6), and USS Tripoli (LHA 7) as well as the eighth ship of the Wasp Class; USS Makin Island (LHD 8).

In announcing the order, Fairbanks Morse President Marvin Riley said, “Fairbanks Morse has supplied the Navy with battle-tested diesel engines for marine propulsion and mission-critical ship electrical services for more than 70 years. We also have had a long relationship with Huntington Ingalls Industries and we are proud to partner with them once again for this project and to deliver a quality product that supports U.S. Naval forces around the world.”

Like the other ships in the America class, the LHA 8 will be equipped with a diesel engine-driven electrical power generation system, which provides ship service power and also drives two induction-type auxiliary propulsion motors (APM) which power the ship’s propeller drive shaft. The Hybrid-electric propulsion systems use a gas turbine engine as well as an electric motor powered by the diesel generators. The electric motors propel the ship at speeds up to around 12 knots and the generators also produce power for all of the ship’s electrical services.

This system will be in operation for about 75 percent of the time it is underway. This is more efficient at low speeds than either gas turbine or engine driven propulsion.