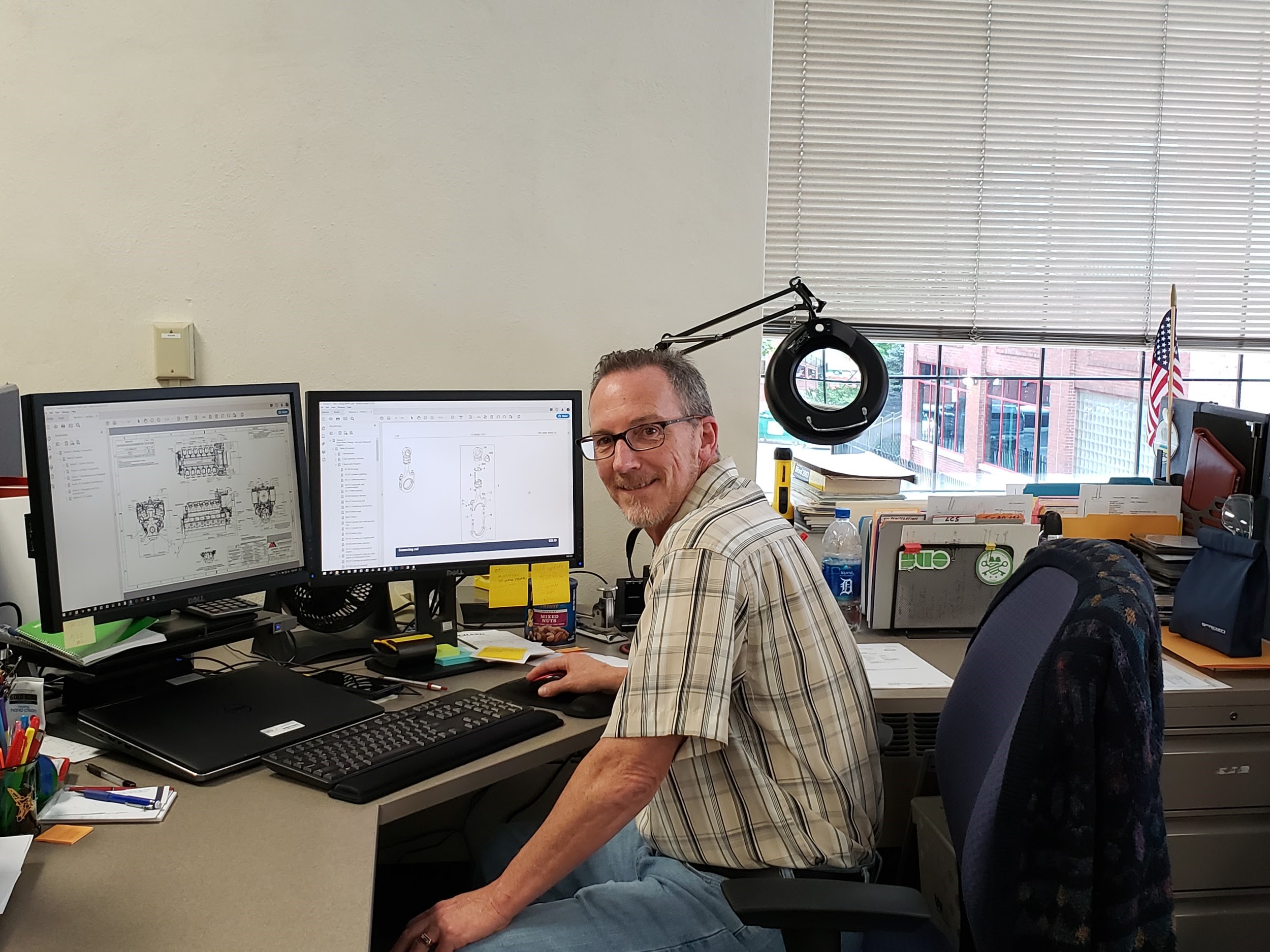 Fairbanks Morse: Built on the Strong Foundation of our People

What is it that makes Fairbanks Morse special? Is it our engines, dedication to our community, what we stand for, our culture, or our mission to power the world forward? While all these things tell you a little bit about Fairbanks Morse, none of them quite tells you what makes us so special. If you look deeper, you’ll see that behind each of these principles is our people, and that is what makes us so special. Not only are our team members making a difference at Fairbanks Morse, they are making a difference in their personal lives and in the lives of those around them.

This month, we are pleased to feature Paul, the Technical Publications Manager at Fairbanks Morse, as our focus on who makes Fairbanks Morse special. Joining the team in June of 2013, Paul comes from a long background of support for our various branches of military service. “With the exception of a couple of years,” he explains, “my entire working career has been in support of DoD components to some degree—writing documentation in support of the Air Force, Army, Marine, and Navy systems and platforms for the past 35 years.”

A veteran of the United States Air Force, Paul not only appreciates the work we do at Fairbanks Morse in powering Naval and Coast Guard vessels, but he also understands the importance of ensuring that equipment operates properly. Recounting an experience he had at the Transformational Leadership Challenge in 2015, Paul tells us of a young man, Luke, that he met at an evening networking session. “He mentioned that his father was in the USAF back in the 80’s when I was,” he says, “we soon found out that we were at the same base in California, at the same time.” Luke’s father, an instructor pilot on B-52 aircraft, was nearly killed when his aircraft lost five engines during a flight, “but his father was able to land the aircraft under emergency conditions,” he explains. “As it turned out, I worked on that aircraft that morning,” Paul recounts, and while Paul was cleared of any wrongdoing, it remained “an incident that never left my mind over all these years.” Still affected by the gravity of the incident and the coincidence that he met Luke, he wonders, “what stars needed to align in order to put Luke and I together to uncover that story!”

Back at Fairbanks Morse, Paul sees his largest contribution as “an ongoing one—helping to transition technical publications into a more modernized department and supporting future visions of a digital publications network.” In addition to helping to organize the department, he is also working to make the “day-to-day work life easier to manage for everyone on my team and for other support teams around us.” While his professional success has been rewarding, Paul’s accomplishments go far beyond his work at Fairbanks Morse.

“I will always feel that my children are my greatest accomplishment,” he says proudly and adds, “I have helped raise five responsible adults.” Having a keenness to discover his familial ancestry, Paul says he “spent many weekends at the historical society in Ohio, tracing the parental side of my family back as far as the early 1800’s and the ship’s name that the family emigrated to the United States from Germany on.” His ancestral research is one of several hobbies he enjoys. Amongst the others is vegetable gardening, bicycle riding, photography, and history. “I am a history enthusiast to a degree,” he says, and his interest in history comes back to Fairbanks Morse.

Asked what his favorite thing about Fairbanks Morse is, “the history of the company,” he says and explains, “I find the longstanding reliability of the products that we produce and the adaptability of the company to a changing world fascinating.” It’s not only Paul that feels that way, people from outside of Fairbanks Morse tell him “they thought we made some cool products here and that we have been around here for so long.” Paul has been embracing Fairbanks Morse in other ways too, he has become a participant and proponent of the Books@Work program and says his favorite book is a tie between The Count of Monte Cristo and Tojo: The Last Bonzai.

Asked how he is helping to power the world forward, he says “by striving to put out a good product that supports our service team as well as our customers. I believe that putting better documentation in the hands of our service team, and our customer, will increase productivity and sustainment of our products.” That is the essence of why Paul demonstrates what makes Fairbanks Morse so special, his passions drive his career successes and that is what drives Fairbanks Morse.