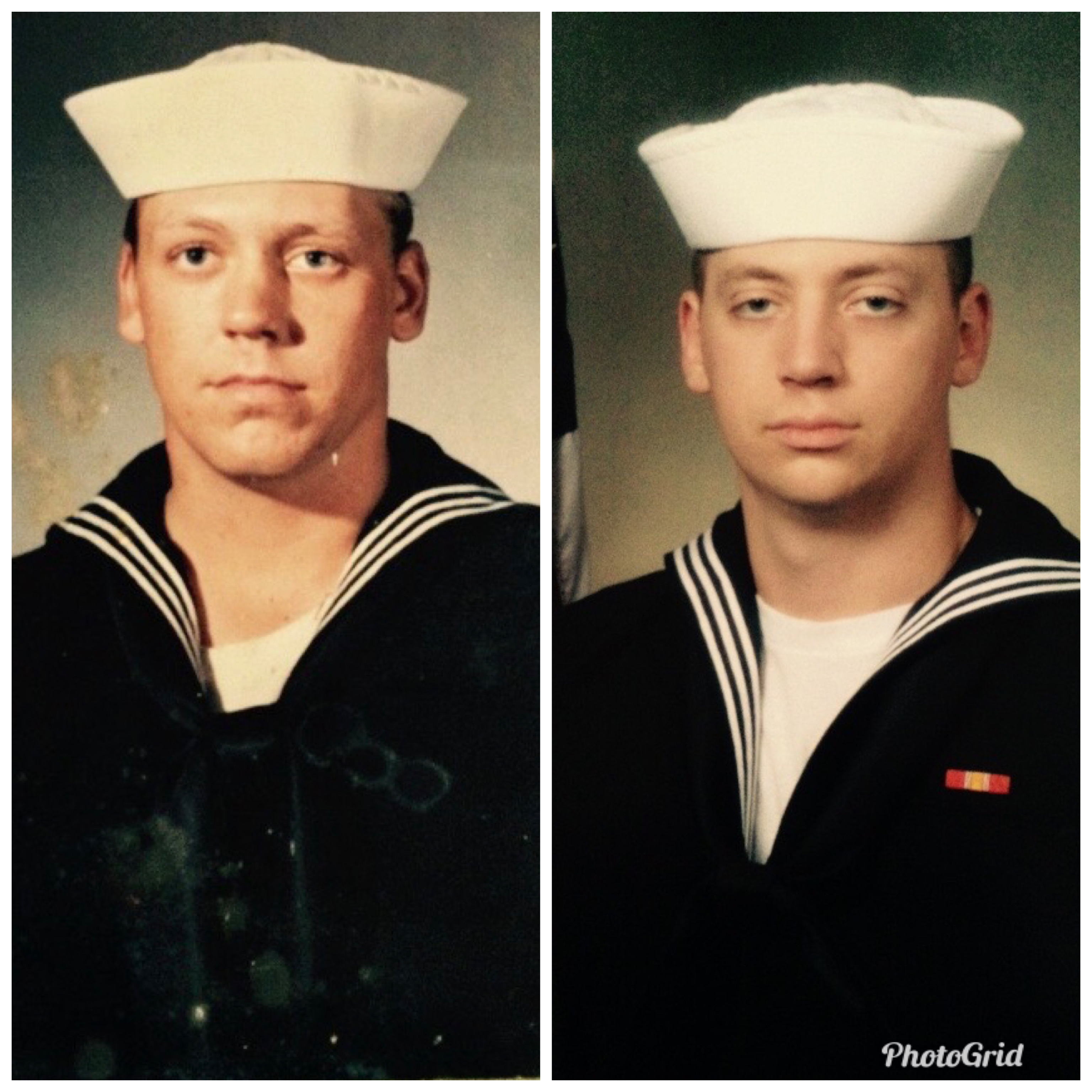 Serving Those Who Serve Series: A father-son legacy created through Fairbanks Morse

Fairbanks Morse has a long history of providing the U.S. Navy with elite engines that have propelled it forward for decades. Generations of seamen have worked side-by-side, forming unbreakable bonds that transcend through time, building a community of strength, service, and duty.  In fact, many families who lived in Beloit and have served over the years in the Navy, also have a  long history working at Fairbanks Morse.  It is the same for many veterans who have had the opportunity to also contribute to the Fairbanks Morse legacy.  This includes one of our own Fairbanks Morse employees today, Matt Kjell and his late father, Paul.

Matt works for Fairbanks Morse as a production supervisor for the machining department and served in the U.S. Navy as an E-4 petty officer for four years. Paul worked at Fairbanks Morse for 28 years and served in the Navy for eight years, which allowed father and son to share a special bond in both military life and work. Although Matt’s father has passed away, he says his dad will always be “the best role model and greatest influence” on his life.

Like his father, Matt shares an enthusiasm for his service in the Navy.  When asked about his time serving, Matt stated, “it’s something that’s near and dear to my heart.”  Matt’s passion stems from two generations who have served in the Navy and also have worked at Fairbanks Morse.

“He was proud of me when I graduated boot camp, and when I got the job here [at Fairbanks Morse], he told me that he was even more proud than he ever could have imagined.”

“It’s really something he told me every day,” said Kjell. Looking back, the memories he made with his father when they worked together are ones he remembers fondly. “The time that we spent together, working together, and the history we made together is something that is really amazing.”

“I love the history of Fairbanks Morse,” said Matt.  “Anytime you can be dedicated to your work, and in-turn have your work be dedicated to the service of your country, you know there is a balance in life and in the value of what you do.”

“My dad used to say, ‘Fairbanks Morse promotes greatness.’  As Matt attested, his father worked twelve hours a day seven days a week and cared so much about the product and, more importantly, the quality of the product to make a solid, reliable engine.  “He was committed to doing that because he knew lives depended on it.”

Matt understands first-hand about the value of a quality product.  When he was on active duty in the middle of the ocean, an engine did not work. He was well underway in the Persian Gulf, and his ship had to shut down the nuclear propulsion system for routine maintenance. However, once that was secured, the crew went to start the backup engines (which were not built and tested at Fairbanks Morse); they did not start.

“So, as you can imagine, it was not a very comfortable feeling floating in the middle of the Persian Gulf with no power. This is one of the many reasons why I always strive to push the best product out to the Navy, just like my dad.”

As the community holds a close relationship with Fairbanks Morse, Matt was thrilled to see many elected officials rally around naming a U.S. Navy ship after Beloit.

“Knowing that the USS Beloit is bearing the namesake of my hometown, well, it is a great honor we all share.”

“This is something that will transcend our generation,” Matt elaborated. “When I have children or when my children have children, they’ll be able to talk to their kids and their family about the history and the legacy that we were able to build here and  pass on to the country.”

The honor of the USS Beloit’s name spans much further than just the current community of Beloit, Wisconsin. It recognizes not just the people of today, but the families that have worked for Fairbanks Morse for years, and the future generations that are still to come.

“To think what it can mean to the city, the country, the world, and  the individuals involved is something that you can’t ever take away,” Matt said.

Paul was also committed to the city of Beloit.  Matt shared that his father understood the role Fairbanks Morse played in the community.  He said the company is “committed to family by providing good, solid work and a career that you can count on - with no layoffs - one that is secure.”

As Matt reflects back on his relationship with his dad, one thing is for certain, he always encouraged him to set high standards, goals and to be the best person he could be.

“My dad was my hero, and I have always wanted to follow in his footsteps,” concluded Matt.  “I just hope I can be half the man he was.”

When talking about his future, Matt said with laughter, “I see myself here long-term, getting my advanced college degree and hopefully, maybe one day, be sitting in George Whittier’s seat and running the company.”

Working at Fairbanks Morse is undeniably one that many, like Paul and Matt, truly see as an honor and a privilege.  The Fairbanks Morse legacy is much more than Powering the World Forward; it reaches deep inside the lives of those who work there.  And this reality will be etched in America’s history, especially as the USS Beloit will forever honor the town and the people it represents.  Moreover, it will echo far into the future and forever be a mark of the fathers and sons, mothers and daughters, friends, and companions that have made this company and community into what it is today.