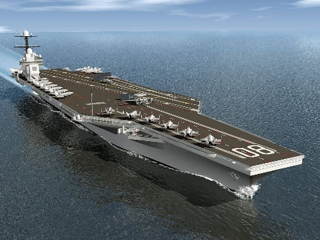 Serving Those Who Served Series: “It’s not just a job, it’s a privilege.”

Fairbanks Morse is a company comprised of individuals powered by a belief that their work and craft serve a larger purpose, one that is unlimited in the sphere of service to our country. It is widely said that the traits that make this company remarkable are emblemized by its employees. This fact holds true and is discussed at length with one of Fairbanks Morse’s own, Brian Beebe, Engine Tester.

Brian is a United States Army Veteran and truly represents the heart of what makes working at Fairbanks Morse so remarkable. A Beloit native, Brian joined the U.S. Army fresh out of high school and served for three years in both active duty and active reserve. After his service to our country, he returned to Beloit in 2015 to “serve my country again” by becoming a member of the Fairbanks Morse community.

As an Engine Tester for Fairbanks Morse and a veteran, Brian understands that his job is vital in providing safety of those serving on our Navy’s ships and that it also plays an important role to the security of our nation as a whole.  For Brian, this belief resonates within the overall responsibility of his job, which is to make sure all the engine evaluation testing is done correctly, always.  That said, Brian gives us some keen insight into the lifecycle testing of a Fairbanks Morse engine as it comes off the assembly line:

“Once the engines are completely built up, they come from assembly, we hook it up and run it through a series of tests,” Beebe said.

Next, the engine goes through whichever tests the customer requires. Once testing is completed, the testing team disassembles it or makes whatever repairs are necessary to ensure the quality of the engine.

According to Brian, the anticipation of the engine grows as a rail car takes the engine over to the building where it is tested, then lifted by a crane where it is to be placed in the pit, then fired up for the first time.

“In the pit is where we go through and verify that everything is ok,” stated Brian.  “We have to make sure there is nothing that is going to be coming off, or anything loose or missed.”

Engine testing is an exciting, if not climactic, moment.  One where a sense of pride begins to set-in by all those involved in the testing phase.  “This is where the job is more than a job,” Brian said. “It’s a privilege.”

During the evaluation and testing process, there is one person in the control room, monitoring levels, temperatures and pressures on a computer. There are also two people who constantly observe the engine.   It is a job that is taken very seriously and with many roles to ensure that quality and efficiency is number one. Brian indicated that he is sometimes in the control room monitoring the numbers, and other times walking around the pit inspecting the engine.

But the best moment is when the fire has arrived!  After the engine has been placed in the pit, hooked up, inspected for safety, and the team is at their stations, the signal is given and the button gets pressed. With a loud screeching sound, the engine fires, and the tests begin. The next engine for the U.S. Navy or Coast Guard begins to emerge and start its new life.

“There’s a lot of dedication, sweat, and tears that go into making sure that we give the military a great product so they can make it across the sea safely without breakdowns or troubles,” concluded Brian. “I think it’s awesome that we can provide that for them.”