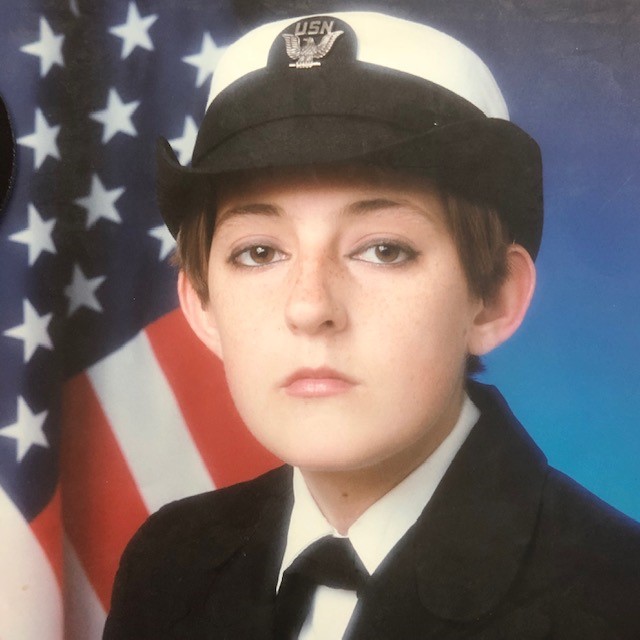 Serving Those Who Served Series: The Mission Continues

Every year thousands of Americans enlist to serve in the military, each for their own personal reason. Whether it be a family tradition, a desire to see the world, or just pure patriotism that fuels their decision, one thing is true for nearly everyone who serves; the memories, friendships and unique experiences that come along with serving stay with them for the rest of their lives. For many, the “mission” never truly ends and they find themselves giving back to the military years after their service reaches completion. This is true of many of the employees at Fairbanks Morse, who proudly put their work into ensuring the best quality engines for the U.S. Navy and Coast Guard, and this is especially true of Sarah Adkins, a Fairbanks Morse employee who goes above and beyond to help the military and its veterans, both inside and out of work.

Sarah Adkins, materials supervisor at the Fairbanks Morse Norfolk Service Center, served in the U.S. Navy for three years as an Engineman Third Class on the USS Holland where she was responsible for the operation of six opposed piston main engines and four opposed piston auxiliary engines. As a mechanic, she worked to rebuild and repair supporting equipment, and ultimately to keep the engines running along with serving as a leader for the sailors below her.

When Adkins first joined Fairbanks Morse as a field service technician, she was able to take her passion for the Navy and integrate it into her job.

“To me, working on engines is like working on big, giant, greasy Legos. It is the most fun job in the world. You’re seeing how the engines fit together, you’re measuring, cleaning and repairing them, and making sure everything is right. It’s a lot of fun,” said Adkins.

While Adkins loved getting her hands dirty as a field technician, she also enjoys her current role as a materials supervisor. In this role, Adkins maintains the inventory of the parts for the service jobs and ensures compliance with safety regulations, trainings, inspections and certifications.

Adkins credits her time in the Navy with giving her all the necessary skills for her role at Fairbanks Morse.

“Honestly, if I hadn’t served in the Navy, I know that I would not be working here,” said Adkins.

The Navy allowed Adkins to have hands on experience and build contacts, all while fostering unforgettable memories. While most of the time Adkins’ missions were smooth sailing, she admits that her most memorable stories are often when something went wrong.

“One time our ship wouldn’t go in reverse and we had a hurricane coming our way. Everyone banded together to figure out what was wrong and how we could fix it,” said Adkins.

In Adkins’ eyes the struggles were what brought the crew together and made them a family.

“It was a really fun time in my life,” Adkins chuckled.

Adkins comes from a long line of military men and women. For her, she never had a doubt in her mind that one day she too would join the Navy and become the fourth generation in her family to serve.

“It was always something I knew I was going to do,” said Adkins.

With a father who served in Vietnam, a grandfather who was a POW in WWII, and various aunts, uncles and cousins who all served, Adkins enjoys the shared bond of military service that she has with her family members and treasures their ability to connect through shared experiences.

Adkins finds the military to be a common thread in her life, both with her family and at her job. She takes great joy in the work that she does at Fairbanks Morse for the U.S. military, and also acknowledges just how important it is that it’s done right.

“The military gives us freedom. They give us security. Making sure that they can accomplish their missions is incredibly important. To me, even though I’m not serving in the military anymore, I am helping make sure that our country’s ships are ready to fight and help others. Here we save lives and we want to make sure that the sailors are always able to do their jobs, go to sea, and complete their missions,” said Adkins.

Adkins appreciates that her job allows her to continue serving the military, not only through the work that she does in her current role, but also through Fairbanks Morse’s support of Veterans Kitchen, a Virginia non-profit organization that assists veterans with the transition from homelessness into their new homes. Veteran’s Kitchen is one of several charities that Fairbanks Morse supports and one that Adkins is particularly passionate about. Adkins is proud of how her career at Fairbanks Morse allows her to give back to causes that she cares deeply about and also appreciates how her job sets a strong example for her child.

“For my daughter, seeing me working a hard job that I love has been the biggest reward. It has shown my daughter a whole different universe for a young woman, and that she’s capable of doing anything. I know that she has a lot of pride in what I do,” said Adkins.

Adkins encourages her daughter to explore the full range of jobs and opportunities out there for her, but there’s always the chance that her daughter could follow in the family’s footsteps and continue the legacy of serving in the Navy. She emphasizes to anyone that is considering the military or beginning their service to remember a few things.

“Follow your heart. If you are considering serving and it’s something you really want to do, do it! It’ll be the greatest adventure of your life. For those serving, my advice is to enjoy it because it is shorter than you realize.”