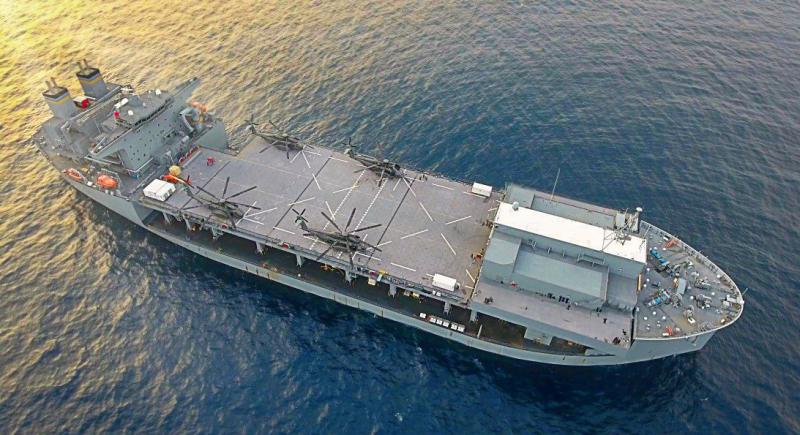 Fairbanks Morse, an EnPro Industries company (NYSE: NPO) and leading provider of solutions that are powering the world forward, has been awarded a contract for four main propulsion diesel engines (MPDE) for the US Navy’s Expeditionary Sea Base (ESB) 7. This is the seventh ship in the US Navy’s Expeditionary Transfer Dock (ESD)/Expeditionary Sea Base (ESB) program. The engines will be built by Fairbanks Morse at its Beloit, Wisconsin, manufacturing facility and the ESB 7 ship will be constructed by General Dynamics NASSCO in San Diego, California.

“This award brings the total to 12 engines with common rail fuel technology, delivered to the US Navy for the ESB program by Fairbanks Morse, which demonstrates their confidence in the reliability of our engines,” said Fairbanks Morse President, Deepak Navnith.

The four FM | MAN 6L48/60 Common Rail (CR) engines are each rated at 6,480 kW and will deliver a total of 25,920 kW of installed power. The common rail system technology which is part of each engine will deliver improved specific fuel consumption at all operating points, resulting in significant fuel savings by the US Navy over the operational lifetime of the ship. The CR system uses a common high-pressure fuel header, electronic governing systems, high-pressure pumps, electronically controlled fuel delivery, and a new control system to deliver a precise amount of fuel throughout all engine operations. “The CR technology provides fuel savings, improved engine performance and less engine maintenance, all of which will help the ESB ships spend more time at sea,” said Navnith.

ESB ships are designed to be a semi-submersible, flexible, modular platform providing the US Navy with the capability to perform large-scale logistics movements such as the transfer of vehicles and equipment from sea to shore. These ships significantly reduce the dependency on foreign ports and provide support in the absence of port availability. The ESBs are configured with a 52,000 square-foot flight deck, fuel and equipment storage, repair spaces, magazines, mission planning spaces and accommodations for up to 250 personnel. The ships are capable of supporting multiple missions including US Marine Corps crisis response, Air Mine Counter Measures (AMCM), counter-piracy operations, maritime security operations, humanitarian aid and disaster relief missions.

Today, Fairbanks Morse engines are installed on approximately 80 percent of US Navy ships that have a medium speed power application. The US Navy has turned to Fairbanks Morse for over seven decades to provide quality diesel engines for marine propulsion and ship service systems.