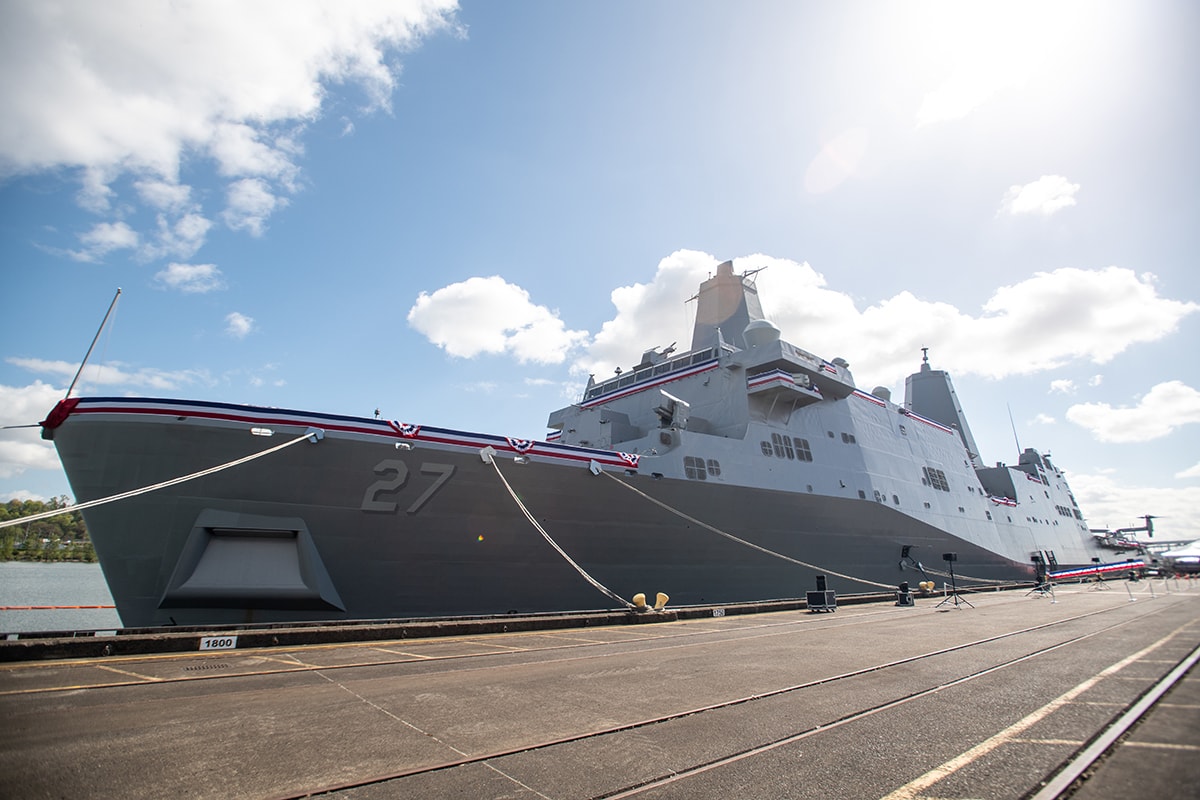 USS Portland to be Propelled by Fairbanks Morse Engines

Fairbanks Morse built and delivered the main propulsion diesel engines (MPDE) that provide over 31 MW of propulsion power for the ship that will be based in San Diego, California and become part of U.S. 3rd Fleet. The MPDE are four sequentially turbocharged 16-cylinder FM | Colt-Pielstick PC 2.5 diesel engines and are among the largest medium speed diesel engines manufactured in the United States.

“It’s always an honor to have our diesel engines power a United States Navy or Coast Guard vessel,” said Andrew Smith, leader of Fairbanks Morse’s marine business segment. “We have a long history of delivering battle-proven marine propulsion for ships operating in the most extreme conditions. Our engines often reach 40 years (or more) of service, giving generations of Fairbanks Morse employees the opportunity to feel a strong sense of pride in their work.”