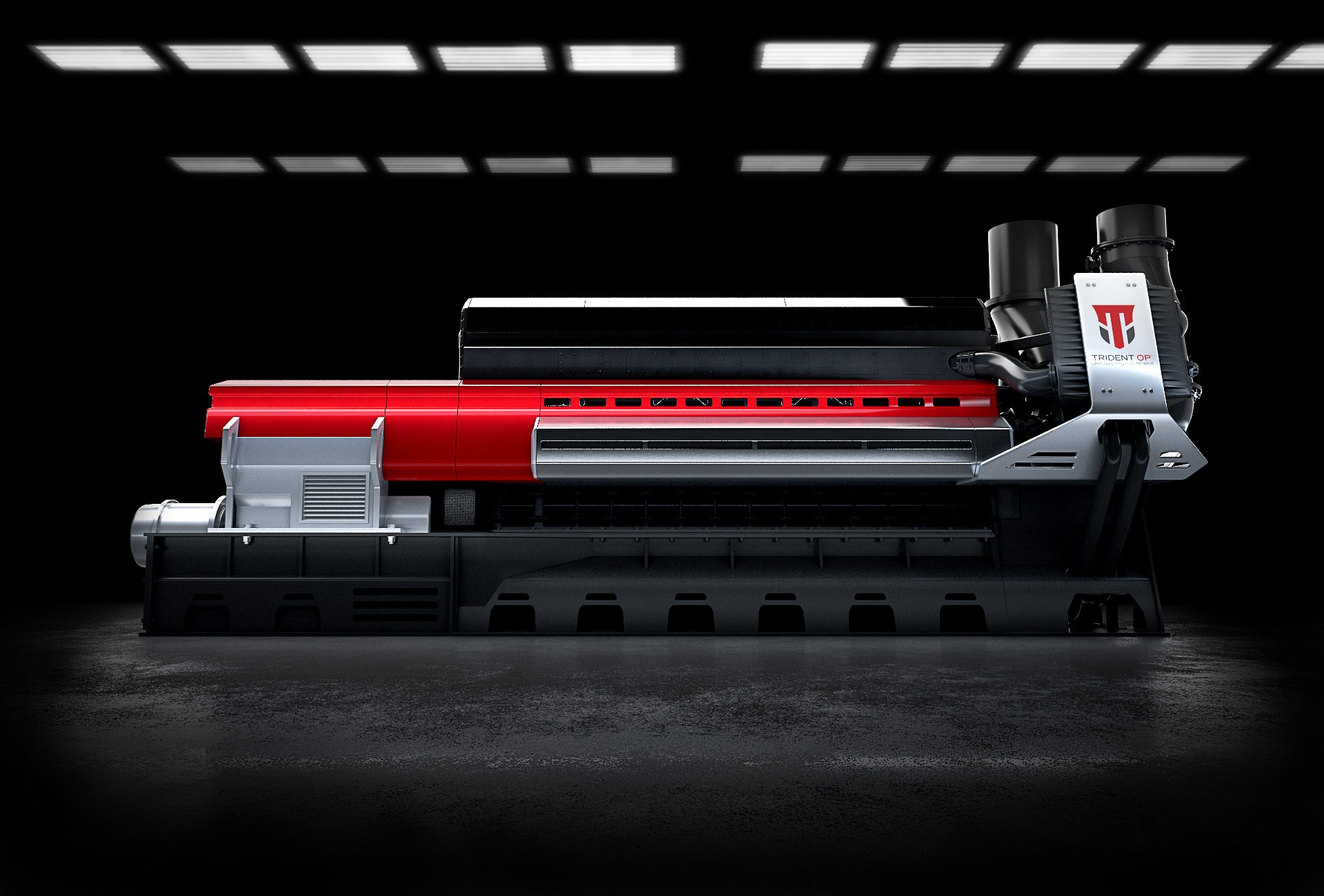 The first moves by the Beloit, Wis., division of EnPro Industries, came in the form of the Trident OP diesel, a new opposed-piston engine designed for prime power use in industrial power generation and combined heat and power (CHP) applications.

Backed by fuel efficiency and reliability guarantees that are monitored in the cloud-based platform, PoweReliability-as-a-Service is intended to reduce risk and operating expenses for end users who want to generate their own power, whether remote, off grid, or grid-tied. In a 10 MW power plant configuration, Fairbanks Morse projects US$35 million in savings to be achieved in fuel consumption and increased reliability.

“Coupling the launch of our groundbreaking Trident OP engine with the PoweReliability-as-a-Service platform is the next evolution in Fairbanks Morse’s long history of providing affordable and reliable distributed power generation,” said Fairbanks Morse President Marvin Riley. “This platform-based approach will allow us to accelerate our corporate mission to deliver power where it is needed most.

“This first-of-its-kind solution enables our customers to become reliable independent power producers – even in the most remote areas of the world that do not have access to a dependable grid. We believe PoweReliability-as-a-Service can empower economic growth, access to clean water and healthcare, and community safety.”

The Trident OP diesel package measures 9837 mm long, 3126 mm wide and 3070 mm high. The unit, which weighs 43,091 kg, is expected to help the company, best known for its marine engines, expand its presence in the commercial and industrial markets.

Fairbanks Morse laid the groundwork for this transition back in October 2013, when the company signed a joint development and licensing agreement with OP engine specialist Achates Power. The move aided Fairbanks Morse in reducing emissions and fuel consumption of its proprietary diesel and dual-fuel opposed-piston engines.

“What we did was merge our 85 years of knowledge and experience of designing and manufacturing medium-speed, opposed-piston engines with Achates Power’s modern CAE (computer-aided engineering) tools and advanced research,” Wisniewski said.

The Trident OP is not the only opposed-piston diesel engine in the Fairbanks Morse portfolio. The company’s other OP engine is the 38D 8-1/8 engine, a dual-fuel model designed for power generation and heavy industrial applications.
Fairbanks Morse went the opposed-piston route for its latest engine because of the technology’s ability to provide better efficiency than full-stroke engines and longer maintenance intervals, Wisniewski said. Both variations of the Trident OP diesel engine don’t require a major service overhaul until 40,000 hours.

“When you get into a high-speed application, the engine is rotating faster, so there’s more friction and more wear,” Wisniewski said. “As a result, you have to do maintenance more frequently.

“With a medium-speed engine, you’re going to extend your intervals. With this engine, you’re also looking at a 40-year life as opposed to a high-speed machine, which is 10 to 15 years.”

Flexibility is another feature of the Trident OP diesel engine, which can fit into multiple power packages, depending on the user’s needs. The engine works in power packs, power trains or power islands, Wisniewski said.

“The customer type plays a role in the scope of supply you’re going to deliver,” Wisniewski said. “If it’s an end user or independent power producer, they won’t buy anything less than a power train. In most cases, they are looking for someone to provide a total solution.”

The engine’s flexibility extends beyond the package. The Trident OP is suitable for harsh and remote environments, as well as non-standard applications. For example, Wisniewski said the engine can work in gas compression and pumping applications and has the potential to someday turn up in data centers.

“Right now, data centers are outpacing the grid in some cases,” Wisniewski said. “When that happens, they need to consider looking at our engines to generate prime power.”

In the future, the Trident OP family will grow to address other market segments, such as marine power and gas compression. These future iterations will utilize condition-based maintenance technology and predictive analysis monitoring.

Instead of relying on time-based maintenance schedules, users will be able to oversee the actual engine’s operation and schedule maintenance only when its necessary.

“The less often that you’re doing maintenance, the more often the machine is available to produce power,” Wisniewski said. “These technologies are in development and focus on reducing service-related costs and unscheduled downtime.”

Fairbanks Morse hasn’t announced the timeline for the release of the future Trident models, but the research is already underway. As the diesel version hits the marketplace, Wisniewski said this engine family will give the company the presence it needs in the commercial power landscape.

“We started out in commercial power generation decades ago and now we’re coming back to it stronger than before,” he said. “With this engine, we’re going to be able to bring power to so many people that haven’t had access to reliable power.” 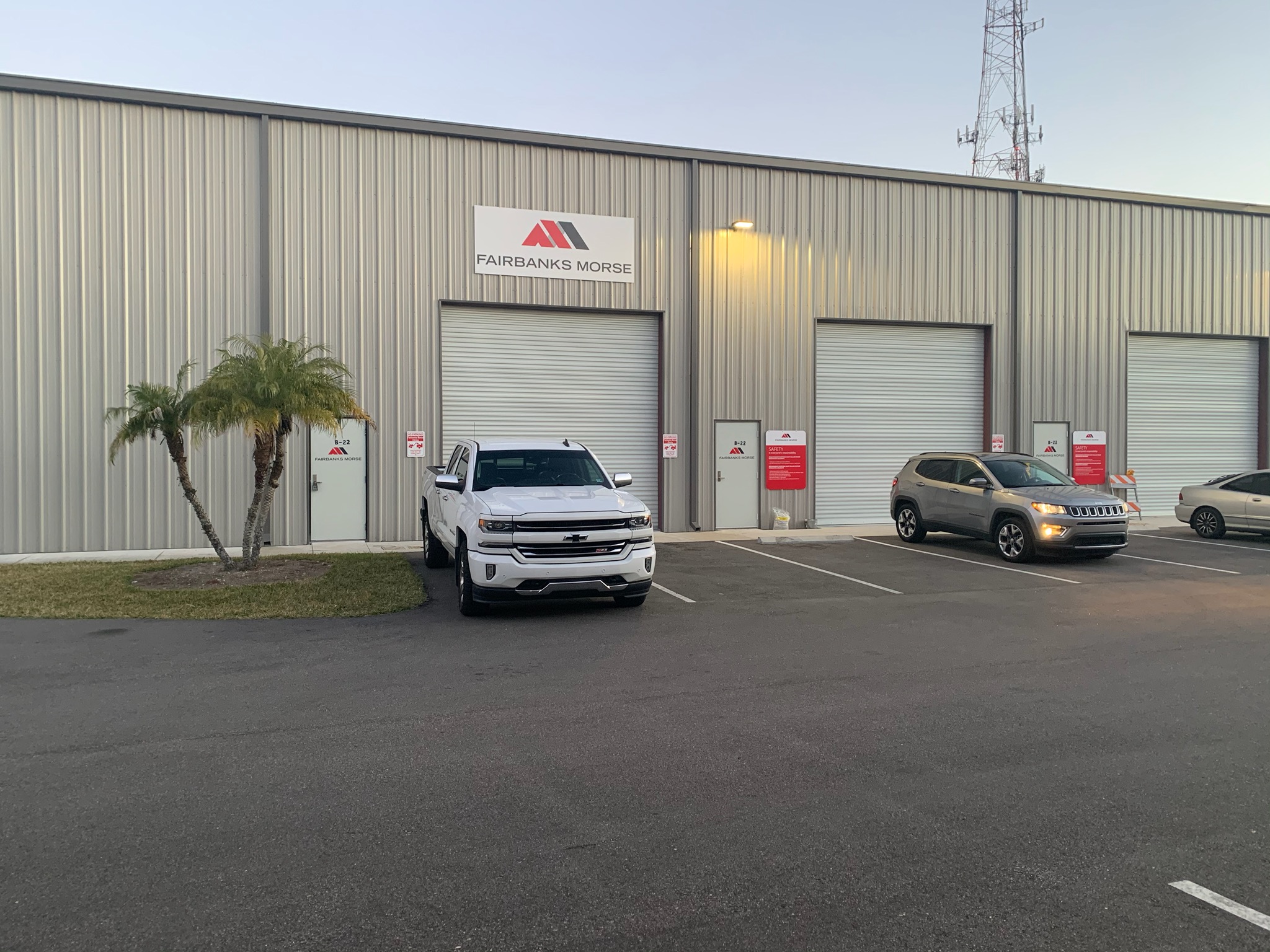