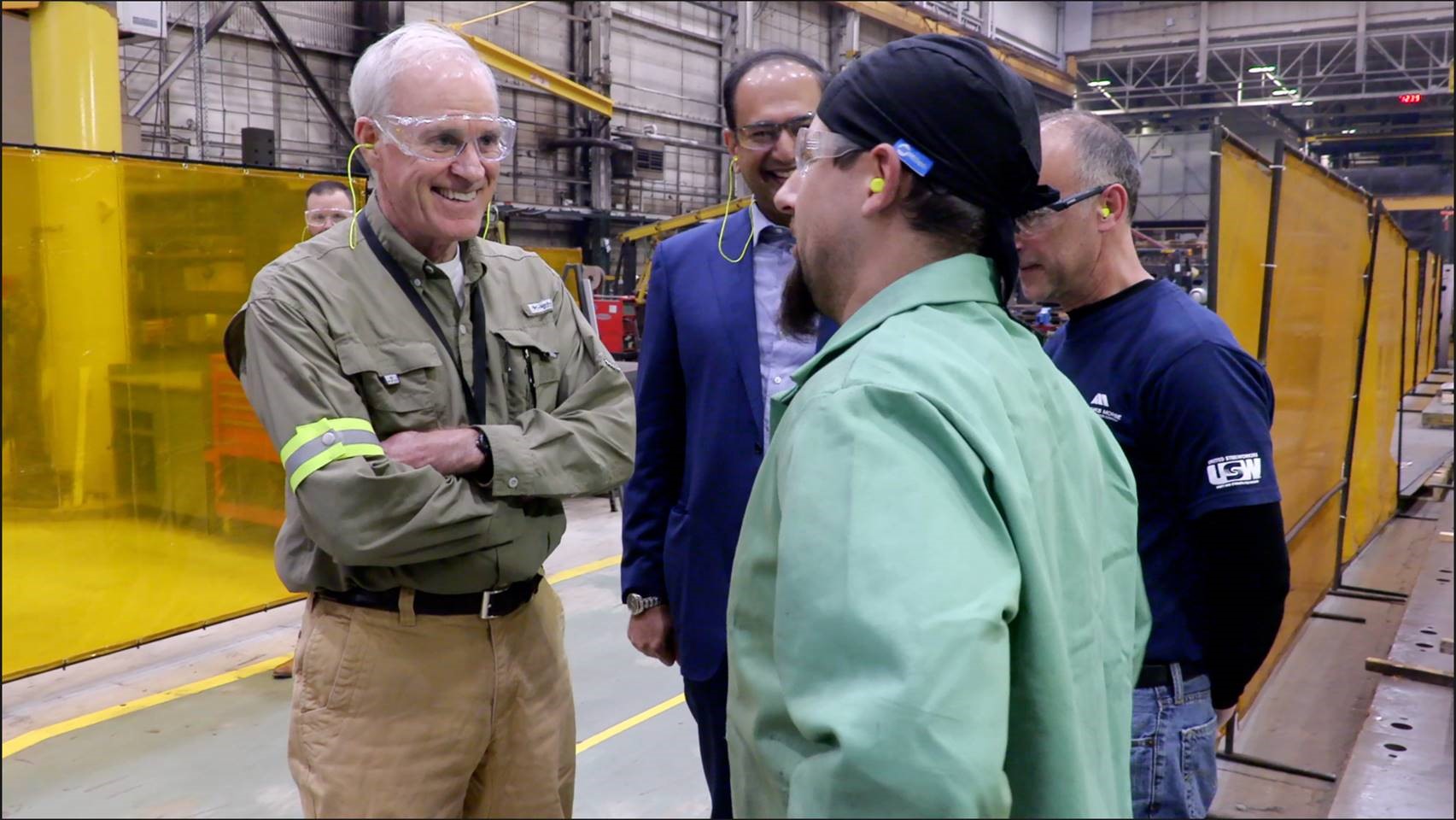 Fairbanks Morse, an EnPro Industries company (NYSE: NPO) and leading provider of solutions that are powering the world forward, announced today that the company has received a visit from Secretary of the Navy, Honorable Richard V. Spencer. The Secretary addressed Fairbanks Morse employees at its Beloit, Wisconsin facility and acknowledged the company’s decades-long dedication to supporting the United States Navy with their critical power solutions.

Secretary Spencer was sworn in as the 76th Secretary of the Navy in August of 2017. Prior to his nomination, the Secretary served on the Defense Business Board and the Chief of Naval Operations Executive Panel. During his address to the Fairbanks Morse team, the Secretary showed appreciation for the Fairbanks Morse workforce and the company’s vital role as part of the US industrial base. “You are the bedrock of what national security is all about,” commented Secretary Richard V. Spencer.

The USS Beloit will be named after the city for its contributions to the Navy and advancements in U.S. national security with the ongoing work at Fairbanks Morse, a company that's worked with the Navy since 1938.

“We are truly honored to have received a visit from Secretary Spencer. This gave us the opportunity to express gratitude for our decades-long partnership with the US Navy which we look forward to continuing for generations to come,” said Deepak Navnith, president of Fairbanks Morse. “We pride ourselves on delivering unparalleled products and services to one of our greatest customers, the US military. Our entire team is extremely appreciative that the US Navy has entrusted us to support them in their mission of keeping our shores safe.”

Secretary Spencer graduated from Rollins College in 1976 with a Bachelor of Arts in Economics. Upon graduating, he joined the United States Marine Corps where he served as an H-46 pilot until 1981 before departing active duty to enter the private finance sector. Secretary Spencer holds an impressive record during his time on Wall Street where his responsibilities centered on investment banking, strategic advisory services and capital market underwriting.